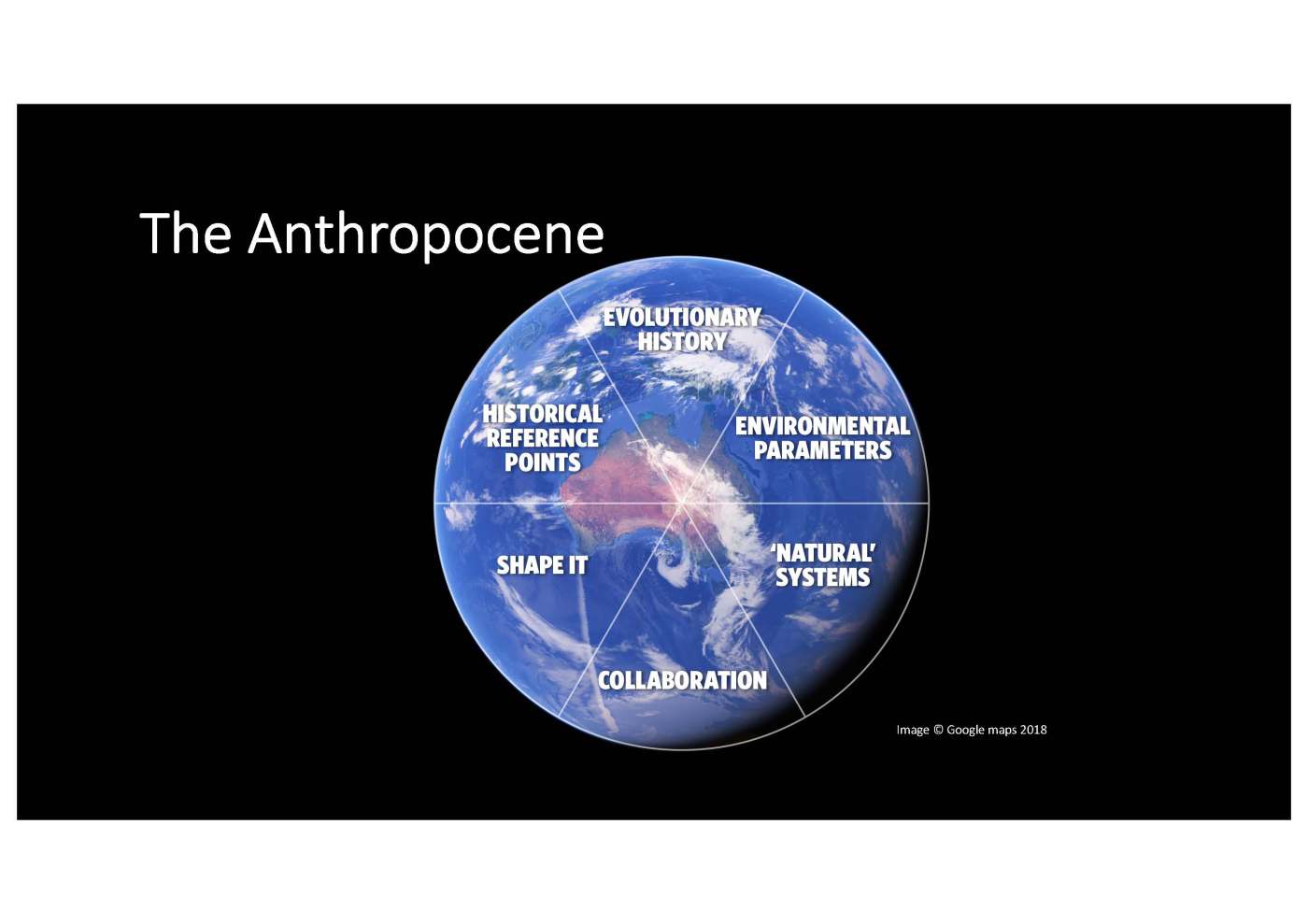 The Anthropocene, the earth’s most recent, remarkably short, but impactful epoch in its long history where humans are now having a greater influence on earth’s features and processes than nature itself (Steffen et al. 2007).

Despite much academic debate around whether Earth is indeed experiencing a new epoch, here at Ecology and Evolution, we see direct evidence that ecologists and evolutionary biologists have adapted their research questions and methods to this new epoch; where since the 1940s humans have altered the Earth to such an extent its systems can no longer rebound to their original state (Kueffer and Kaiser-Bunbury 2014). Evidence suggests the signature of humans is now etched into the very crust of our planet with (Corlett 2015):

In this increasingly human-dominated world, who will speak for nature?

Ironically, it has to also be humans who speak for nature and from our perspective it looks like ecologists and evolutionary biologists are doing just this.

We are seeing an increasing number of submissions investigating the impacts of humans on natural systems and on how organisms are adapting to human-dominated systems; and the content of our November issue 22, 2018 is no exception to this with eight articles focused on adaptions by a range of organisms including invertebrates, vertebrates and plants. In this blog post, we will briefly review the key findings of three of these studies to entice you to read more…

Artificial light at night (ALAN) and its impacts on bioluminescent invertebrates like fireflies and glow-worms is reviewed in depth by Owens and Lewis (2018). Globally 30% of vertebrates are nocturnal, and most studies have focused on nocturnal vertebrates; while a staggering 60% of identified invertebrates are nocturnal. This review summarizes five impacts of ALAN on nocturnal insects: 1. temporal disorientation, 2. spatial disorientation, 3. attraction, 4. Desensitization, and 5. Recognition. It also pulls together convincing evidence that fireflies should be used as a charismatic flagship species to study the impacts of ALAN.

Research published by Vanbianchi et al. (2018) shows that lynx populations in the North Cascades of British Columbia, Canada are making use of marginal habitat to travel between patches. This is habitat previously not considered as part of their range and therefore conservation plans. Their results clearly demonstrate the importance of not only concentrating conservation efforts on remaining high-quality core patches but also marginal habitats, even poor-quality connections between patches. This realistic message illustrates the importance of landscape-level planning and how even top predators, in the past arguably the most vulnerable, are demonstrating adaptive capacities to human-dominated landscapes. Likely because they have no choice but to adapt in order to persist in increasingly human-altered landscapes.

Bessega et al. (2018) studied the impacts of humans on the shrub white mesquite (Prosopis alba). White mesquite is an important plant for indigenous communities in Bolivia and this study found its genetic diversity has been significantly reduced by harvesting practices, particularly higher altitude white mesquite populations.

As Editors of Ecology and Evolution, we are lucky to handle and read a wide range of science including studies of rare and endangered species, sometimes with population sizes so small it is urgent (Sahlen et al. 2016) that we curate research about these species in perpetuity to, on the one hand, be used as leverage to encourage more investment in conservation priorities and, on the other hand, so that scientific knowledge about endangered species is  held in trust before extinction. At the other extreme, we also think it is important that research on ecology and evolutionary biology in the ‘new world order’ also be curated and promoted—it is a progressive change in thinking in our fields to directly study the impacts of humans on ecosystems, communities, populations and genes. How else will society be able to make more robust decisions on how to plan for short and long-term sustainability, how to plan and build our cities and agricultural landscapes more effectively for all organisms and how to ensure ecosystem services that Earth provides persist and are even enhanced holistically.

Corlett, R. T. 2015. The Anthropocene concept in ecology and conservation. Trends in Ecology and Evolution 30:36-41.

Kueffer, C., and C. N. Kaiser-Bunbury. 2014. Reconciling conflicting perspectives for biodiversity conservation in the Anthropocene. Frontiers in Ecology and Environment 12:131-137.