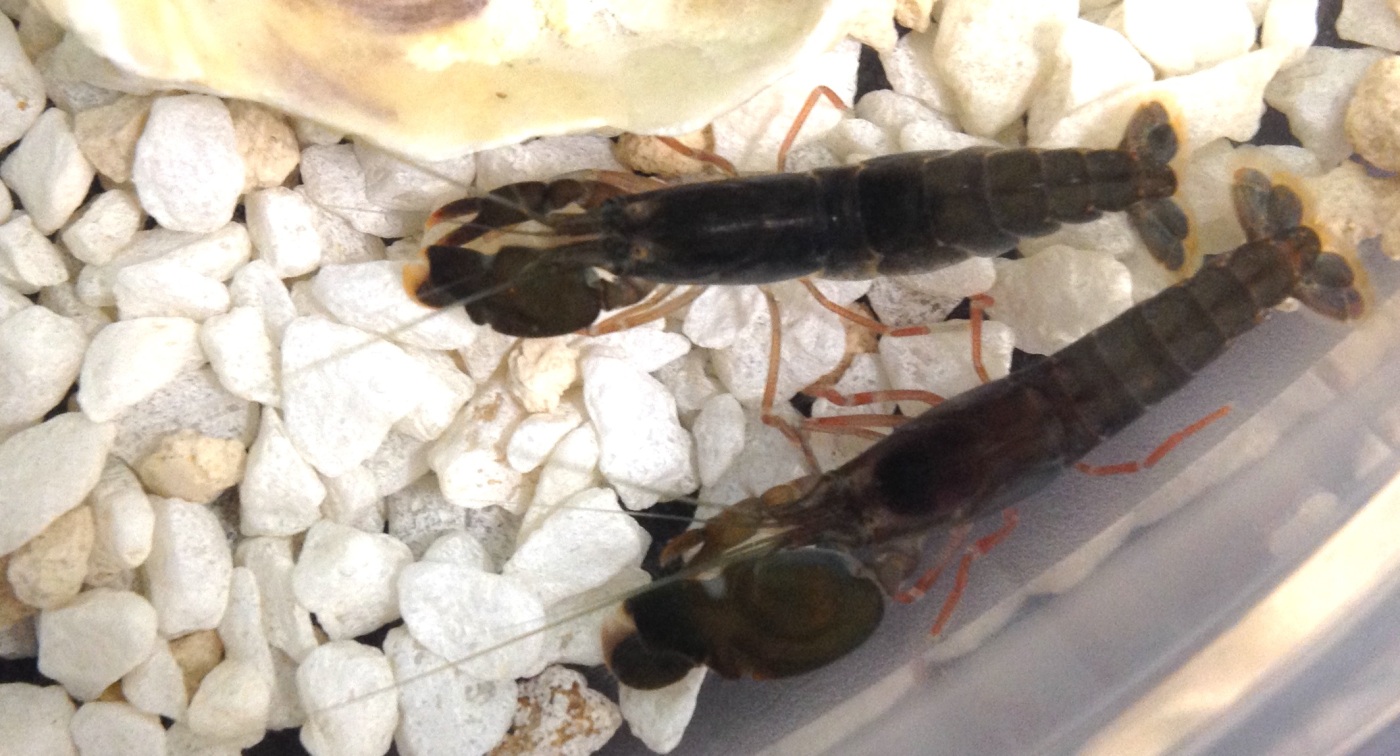 Weaponry and ornamentation often differ between males and females; males can have brightly colored plumage, long horns, or thick manes compared to their female counterparts. Whether females lack the trait entirely or express it in reduced from (not-quite-so-bright plumage, smaller horns), such sexual dimorphisms are widespread across animals, and we’re rarely surprised to learn that the male is brighter or has more fearsome weapons.

Superficially, snapping shrimp are similarly unsurprising. These small marine crustaceans, also known as pistol shrimp, have an enormous claw that ranges from approximately one-third to over one-half the animal’s body size. When the claw is rapidly closed, a jet of water is released and a cavitation bubble is formed. The implosion of the bubble produces the snap for which these shrimp are named, a sound that makes them one of the loudest animals in the sea [1]. A snap directly against the body of another shrimp can cut through the opponent’s carapace or snip off limbs; claws are deadly weapons. In many species, including the one we study (Alpheus angulosus), males have larger claws than females. More unusual, however, is the sexual dimorphism in how the claw is used: females snap more than males in competitions with conspecifics [2], and are more likely to kill their opponents [3]. And even stranger: while in other animals, larger weaponry in males is often favored by sexual selection (males using their large weapons to compete with other males for access to females), in snapping shrimp, we have yet to find any evidence that larger claws benefit males in a reproductive context.

In males, increased claw size during the reproductive season suggests that male snapping shrimp, like males of many other animals, benefit from larger weaponry due to advantages in reproductive competitions, although how exactly the claw provides this advantage remains unclear. Larger snapping claws in snapping shrimp do not increase the likelihood of winning competitive interactions [4], or the likelihood of being paired with a reproductive female [2]. It is possible that larger claws are beneficial primarily as signals; the role of claws in female mate choice has yet to be explored.

Sexual dimorphisms in weaponry are common, and not surprisingly we often focus on the sex with larger weapons, typically the male. Our results demonstrate that studying sexual dimorphisms from the perspective of only one sex risks missing half the story.

[3] Knowlton N, B. D. Keller. 1982. Symmetric fights as a measure of escalation potential in a symbiotic, territorial snapping shrimp. Behavioral Ecology and Sociobiology 10:289–292.