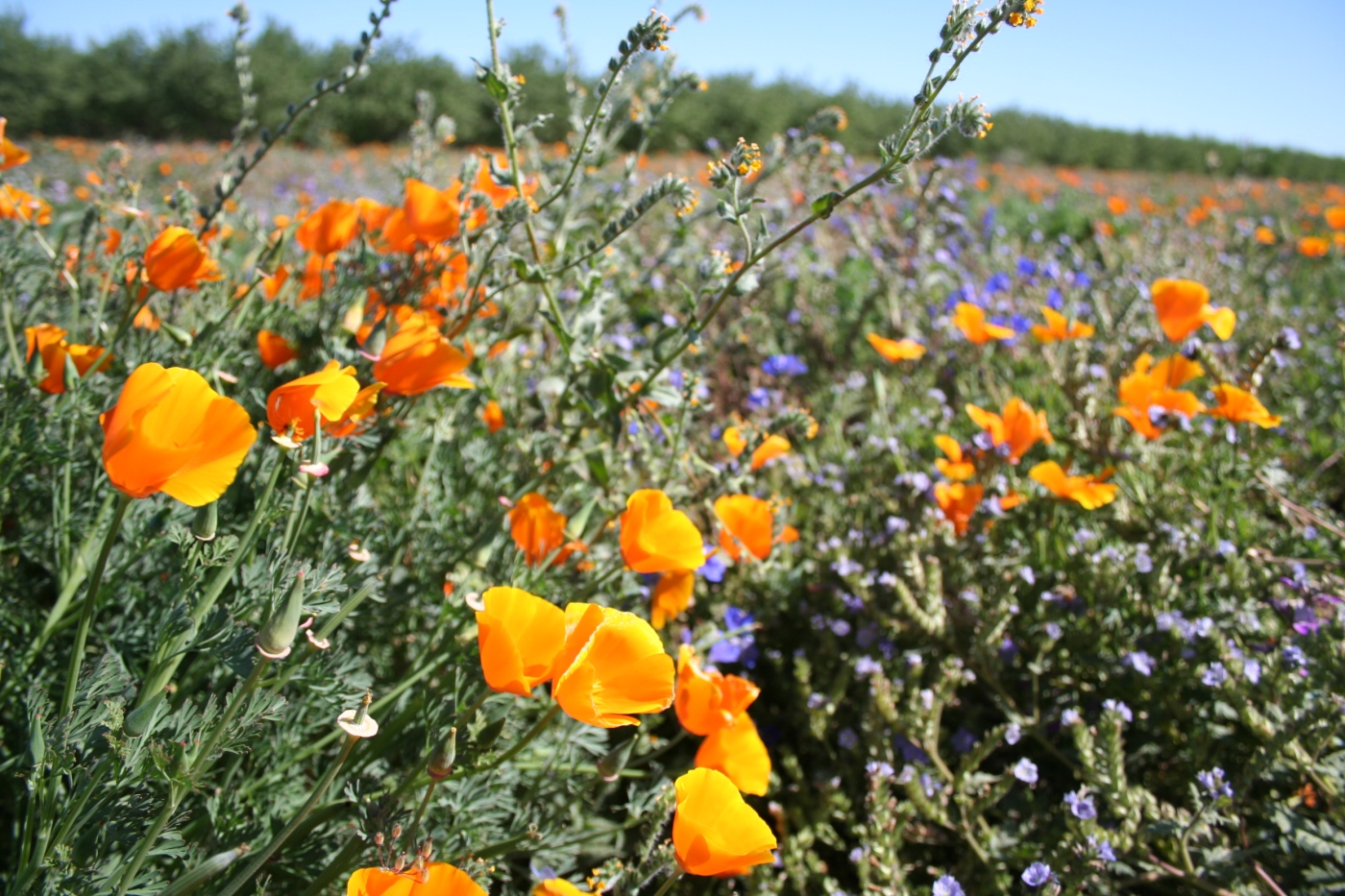 Insect-mediated pollination provides an essential ecosystem service to wild and managed landscapes, and ensures the production of food, fuel and fiber that is vital for human survival.  Today, honey bee health is challenged by many overlapping stressors that have resulted in sustained annual losses of one-third of all honey bee colonies in the United States.  At the same time, recent and alarming declines in insect biodiversity worldwide have highlighted the need to turn to agricultural practices that better support native, beneficial insect populations—including bees, predators of insect pests and natural enemies.

Wild or alternative bee populations frequently play an important but underappreciated role in modern crop pollination.  However, recent studies have illustrated the significance of non-honey bees in the pollination of various regions and cropping systems, including California almond groves, Pennsylvania pumpkin patches and New York apple orchards.  Recognizing the value and contribution of ‘other bees’ to agriculture is essential, as migratory beekeeping operations have struggled to meet the pollination demands of a fast-growing agricultural sector.  While the European honey bee is indisputably the most well-studied bee, it’s important to remember that they are just one of over 20,000 described bee species worldwide.  The study and promotion of alternative pollinators has only just recently come into the public spotlight.

Perhaps no other industry is impacted so heavily by current honey bee colony losses as the California almond industry, which relies entirely upon contracted hive rentals to ensure profitable yields. Responsible for 80% of global almond production, and with over 1 million acres of nut-bearing orchards, the California almond industry requires over 1.9 million (ca. 73%) of the nation’s honey bee colonies to meet pollination demands.  By making some simple adjustments to the management and land use of bare areas near almond orchards, we propose that some of this pollination burden can be offset by the supplementation of alternative native pollinators in Western tree fruit and nut orchards—and in California almond orchards in particular.

The blue orchard bee, or ‘BOB’, is a native, solitary bee species whose range expands across the United States.  Unlike honey bees, BOBs do not live as colonies or make honey.  Instead, individual females nest in abandoned wooden beetle burrows, or in hollow reeds and stems – however, for management purposes, they will nest readily and gregariously in artificial nesting tunnels made of cardboard tubes or drilled holes in wood blocks. Each BOB female builds her nest as a serial set of five to ten brood cells, each provisioned with a mass of pollen and nectar onto which a single egg is laid. The end of each cell is sealed with a sculpted mud partition, whereby female BOBs earn their alternative title as ‘mason bees.’

BOBs are ideal pollinators of commercial orchards because they prefer foraging on rosaceous crops, and collect pollen dry in specialized hairs on their bellies known as ‘scopae.’ This mode of pollen storage promotes higher rates of pollen delivery to blossoms when compared to honey bees, who tightly pack away pollen in specialized baskets on their hind legs (known as corbiculae).  BOBs forage in cooler weather than honey bees and are active as adults for just 4 – 6 weeks of the year:  This active period can be manipulated through established temperature-controlled incubation to occur at any time from early February to late May, which provides flexibility in management.  Previous studies have already demonstrated the economic benefit of BOB pollination in commercial almond and cherry orchards. However, high (~60 – 70%) dispersal of managed BOB populations has to-date prevented widescale adoption of the practice in most agricultural landscapes.  Without sustainable rates of annual in-orchard BOB retention and reproduction, their implementation as alternative pollinators is cost-prohibitive, as a grower would be required to replenish their supply annually.

Currently, BOBs are sold from limited stores and at high financial and ecological costs.  The industry is supported by cleaning, sorting, storing and distributing bees captured from wild habitats, which is environmentally and economically untenable.  Identifying practices to maximize in-orchard reproduction of managed BOB populations is the best strategy to protect the stability of wild BOB populations while also reducing annual pollination costs to orchard managers.  The objective of our study was to determine whether the installation and maintenance of native wildflower plantings could support local populations of managed BOBs in commercial almond orchards.

Using established best management practices, we introduced managed BOB populations to a total of 72 acres of commercial almonds to evaluate their reproductive success in relation to three nearby 1-acre wildflower plantings.  The wildflower plantings bloomed concurrently with and beyond almond bloom, which enhanced the diversity of pollen and nectar available to foraging bees and extended their foraging period (almonds generally bloom for just two to three weeks – which effectively halves the typical foraging period for female BOBs).  We evaluated how proximity to wildflower plantings influenced BOB reproduction and progeny outcomes over the season throughout 2015 and 2016.

We found tremendous value in the introduction of wildflower plantings to almond orchards. In 2016, 80% of the females released were recaptured as progeny for use in the next year.  Wildflower pollen was frequently and regularly incorporated into BOB provision masses, even at distances 800 m away from the wildflower plantings.  Additionally, the most progeny were recovered from areas closest to the plantings.  We also saw that landscape context was important in supporting BOB populations, as higher reproduction was consistently observed along orchard edges versus within orchard interiors.  Further, our wildflower plantings required a relatively small commitment of land and labor compared to neighboring cropland.  This study shows that installing wildflower habitat is a promising strategy for California orchard managers wishing to incorporate BOBs sustainably into their own pollination regimes.

Our work shows the benefit of planting flowers near crops with limited bloom timing. There is growing interest in the adoption of alternative pollination, as is evidenced by the success of the Bee Better Certified label. A collaborative creation of the Xerces Society and Oregon Tilth, this label rewards agricultural producers for the establishment of floral habitat alongside agricultural crops to benefit wild bee and beneficial insect populations.